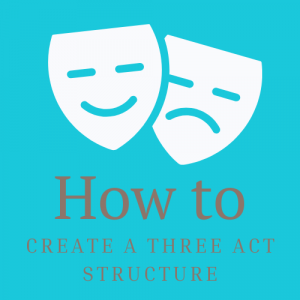 Once you know what to look for, you will be able to pick out the three acts of everything you read and watch on TV or in the theaters. Even documentaries will follow this simple structure to help guide viewers and help them to stay engaged.

To put it simply, the Three Act Structure refers to the three major parts of a story, i.e. the beginning, middle, and end. Thinking about your tale in this way, from the start, will help you to build a story arc that leads the reader through a journey along with the protagonist. It will help you set up the Major Dramatic Question, your character’s inner conflict, and the major conflict which will lead to the climax of your story.

The First Act sets the scene and the tone for your story. In this Act, you will introduce your characters and establish what normal life is like, including the setting and the tone. For example, in Goodnight Moon, the author sets the scene in the first few pages by describing everything in the room, including the characters, i.e.., “a comb and a brush… and a quiet old lady who was whispering hush.” The author uses lyrical language that is rhythmical and soothing.

If we use a movie as an example, Finding Nemo, it’s where Nemo’s mother is killed, leaving his father to be overprotective as Nemo tests his boundaries by swimming out into deep water. The tone is more urgent, tense, and fearful.

Towards the end of Act 1, a defining incident takes place which will serve as a catalyst for the protagonist to make a decision, i.e., the Major Dramatic Question, and will direct him or her on a journey that leads to a climax in the Third Act.

In Finding Nemo, the defining incident is when Nemo is captured and taken by a scuba diver. Everything changes and Nemo’s father begins his journey to find his son. The Major Dramatic Question being, will Marlin, Nemo’s father, find Nemo (the external conflict), and will he learn to let Nemo be independent (internal conflict).

In Goodnight Moon, Act 2 is where the narrator says “goodnight” to every object in the room. The rising tension comes from the reader wondering if the bunny will finally fall asleep.

In Finding Nemo, Act 2 is where Nemo finds himself in a dentist’s office and must figure out a way to escape as his father embarks on a dangerous journey across the ocean to find him.

The Second Act culminates in a climactic scene that will decide the fate of the protagonist. It is where Nemo and his friends set off their plan to escape the fish tank and when his father finally makes it to the dentist’s office and mistakenly believes he is too late. This leads to the final push in Act 3 where the protagonist’s inner conflict comes to a head and the resolution takes place.

The Third Act of your story is where the climactic scene comes to a head and the Major Dramatic Question is answered. In Goodnight Moon, Act III is very short. On the last page the narrator says “goodnight noises everywhere,” and the reader understands that the bunny has finally fallen asleep. This is not unusual for picture books where word count is minimal at about 1000 words or less and the story tends to end abruptly. Once the Major Dramatic Question is answered in a picture book, the story is over. In chapter books and middle-grade novels, the resolution is longer and will be in the final chapter or the final two chapters.

In Finding Nemo the Third Act begins when Nemo’s father finds him. Marlin thinks Nemo is dead and that he is too late. However, the story isn’t over. Nemo is not dead and makes it back to the ocean. Nemo and Marlin reunite, and the viewer is finally rewarded. But there’s one more defining incident that helps to resolve Marlin’s inner conflict, which is to let go and allow Nemo to have the freedom to take risks. Dory is trapped in a net and Marlin makes the decision to let Nemo try to save her. This leads to the climax where everything is at stake as Nemo risks his life to save Dory and Marlin must watch from the sidelines. Finally, the resolution is where Marlin and Nemo have a new understanding for each other in their new and forever changed life at home. Both inner and outer conflicts are resolved.

Here is an overview:

Act 1: Introductions, Set the scene and the tone, Inciting incident, Everything changes

Act 2: Change of scenery, Journey with hurdles and red herrings, Culminates with a cliff hanger that leads to the final push

Act 3: Leadup to the climax, Climax, Resolution with all questions answered

The best way to learn how to add elements to your story is to learn from others. Go through the children’s books in your collection, or watch your favorite children’s classic film. Look for the Three Act Structure, including the setup, defining incident, the journey, the climax, the character’s inner conflict coming to a head, and finally the resolution. Then go back to your own notes and begin to fit your ideas into a clear beginning, middle, and end and watch your story take shape.

Books and films mentioned in this Writing Tip:

Stop by my Tools I Use page where I share tools and resources I use to help me with my writing projects. I will add to it as I learn more about software and digital tools that make life a little easier for today’s writer.

Check Out My Books

Check out my books on the My Books page. I currently have four traditionally published picture books, but I am branching out into self-publishing. Hopefully, this will be a growing list.

If you want to stay updated about my journey into self-publishing, new writing tips, craft projects, and book releases, sign up in the subscription box in the sidebar on the right-hand side of your screen. I look forward to sharing my latest news with you! 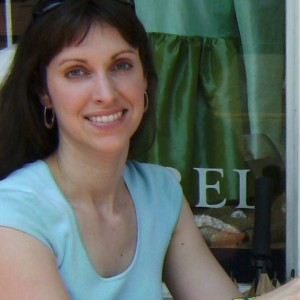 I’m a children’s book author with a passion for writing, crafting, and all things fun. Welcome to my website! 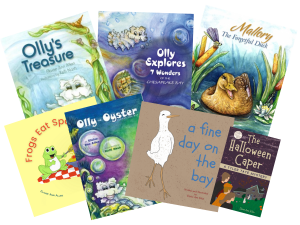 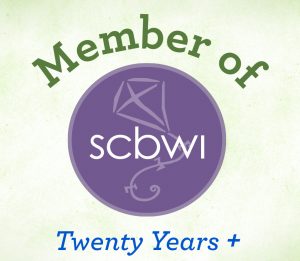 I use cookies to ensure that I give you the best experience on this website. If you continue to use this site, I will assume that you are happy with this. Thank you.
I do not accept.
Read moreACCEPT
Manage consent

This website uses cookies to improve your experience while you navigate through the website. Out of these, the cookies that are categorized as necessary are stored on your browser as they are essential for the working of basic functionalities of the website. We also use third-party cookies that help us analyze and understand how you use this website. These cookies will be stored in your browser only with your consent. You also have the option to opt-out of these cookies. But opting out of some of these cookies may affect your browsing experience.
Necessary Always Enabled
Necessary cookies are absolutely essential for the website to function properly. These cookies ensure basic functionalities and security features of the website, anonymously.
Functional
Functional cookies help to perform certain functionalities like sharing the content of the website on social media platforms, collect feedbacks, and other third-party features.
Performance
Performance cookies are used to understand and analyze the key performance indexes of the website which helps in delivering a better user experience for the visitors.
Analytics
Analytical cookies are used to understand how visitors interact with the website. These cookies help provide information on metrics the number of visitors, bounce rate, traffic source, etc.
Advertisement
Advertisement cookies are used to provide visitors with relevant ads and marketing campaigns. These cookies track visitors across websites and collect information to provide customized ads.
Others
Other uncategorized cookies are those that are being analyzed and have not been classified into a category as yet.
SAVE & ACCEPT
%d bloggers like this: